I am writing this blog post the day after my first Figure Competition and I could not be happier with how my weekend played out! I may not have gotten first place, but I definitely feel as if I did! I placed second this weekend at the KWO Show and I had the absolute best time doing it! Over the past 11 months I went from my first show as a bikini athlete placing 8th, to a first time figure athlete and placing 2nd. I am so proud of all that I’ve accomplished over the past year, and if you need a recap LOL feel free to read Part One to this post! I have poured my heart and soul into this sport this year, and I know that it shows! I went to the Oktoberfest Natural Classic planning to win 1st place and overall Figure. Or at least that was my ultimate goal! The girl who achieved this actually happens to be the girl who won 1st place in my class! Her name is Brooklyn and she was definitely deserving. Not gonna lie I feel really good placing second to the overall Figure winner, just saying LOL 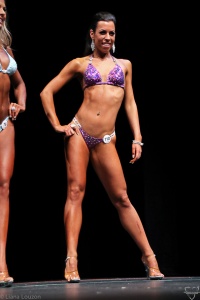 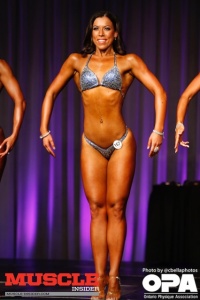 Me performing my front pose during pre-judging at the KWO Show on October 10th 2015 where I placed second in Figure Tall.

But in all seriousness, to do this show in Figure was my goal since I stepped off the stage at my last show. This show meant the world to me, and I made sure that everyone knew it. I could not have been more serious about this goal! When my coach told me last year that I should take a year off, grow, and do figure. I thought to myself, yeah… I don’t want to wait a whole year. I will take the time to grow, and I do want to do figure, but I am going to do it within the year. I never told Josh of my intentions at first because I didn’t want him to possibly say to me that I was too small or something like that, but I told everyone else. I  told my family, friends, clients, everyone but my coach (until later of course) because this is how I hold myself to my goals. By telling everyone my intentions, it makes it real, and it holds me accountable. I worked super hard in the off-season to add on size, I probably didn’t need to eat as much as I did LOL but I really wanted to make sure that I put enough size on to compete in Figure come October 2015 and be competitive! When my coach told me I would be ready to compete in October at the Oktoberfest show I was so happy! That’s when I told him that, that was my goal the whole time haha He laughed and thought that was awesome LOL But I couldn’t have been more excited! I ate hard, lifted a ton, and packed on about 50 pounds from my first show! At my first show I was about 130 pounds, when I first starting cutting for this show in June I was about 180 pounds. On stage this weekend as a Figure athlete I was 140 pounds. I lost 40 pounds naturally during this prep and my God was it hard! I literally transformed myself 3 times this year, from a non-competitor in August 2014 to a Bikini Athlete in November 2014, to a heavy bulk of a 180 pounds, to a 140 pound second place Figure Athlete. 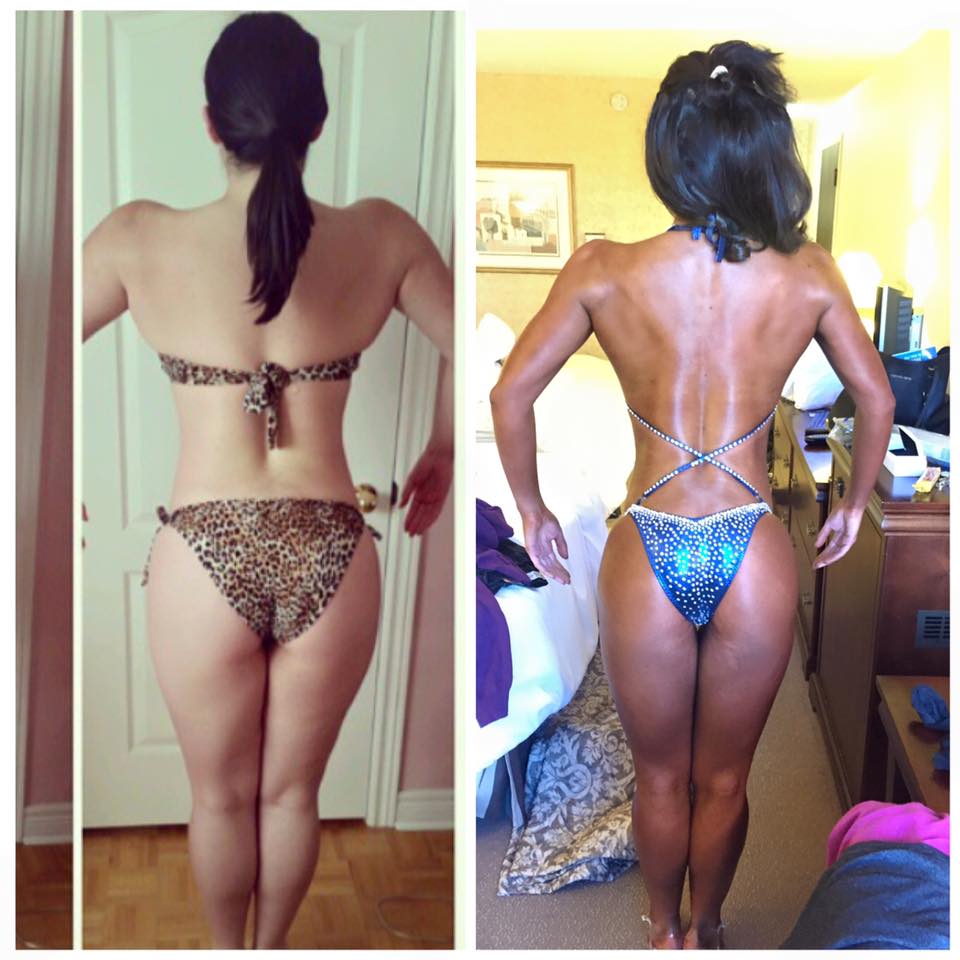 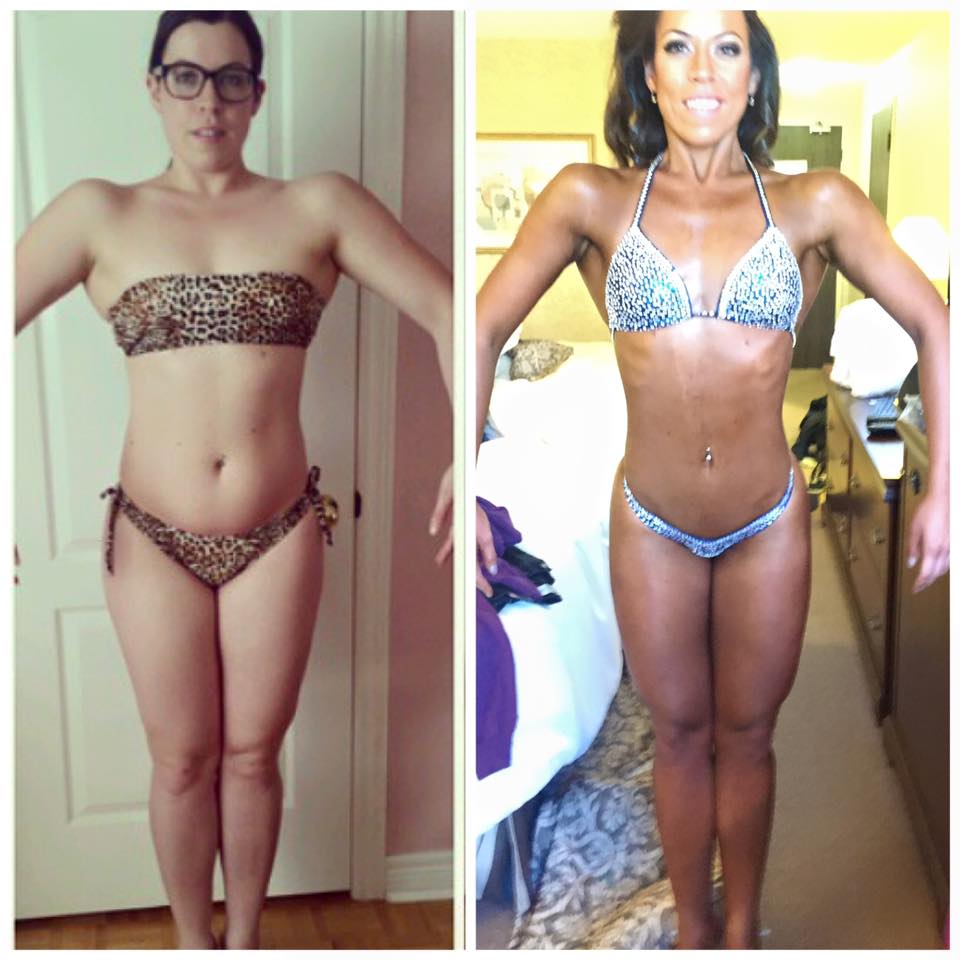 Front pose at the beginning of prep on the left, day of the show on the right

Even though this prep was tough, I never thought about it while I was doing it. Honestly, I think if I stopped to really think about all the shit I was putting myself through to be ready for the stage, I probably wouldn’t have made it through. I just kept my head down and kept grinding. All I thought about was winning this show! I would practice posing any chance I got. Literally almost every time I saw a mirror I would pose LOL so embarrassing but true! I would “practice winning.” I even wrote down a bunch of goals that I wanted to achieve within the next little while. So I had immediate goals, and long-term goals, and Winning first place Figure Tall and Overall Figure at the Oktoberfest Natural Classic was on the top of my list of immediate goals. Some of my other immediate goals were to write at least two blog posts a week, and to read everyday. So, I put the sheet of paper with my goals in the book I would read everyday, so that I would see my goals everyday, read them and find ways to work towards each of them. Especially near the end of my prep, I was doing two 45 minute cardio sessions a day on the stair master LOL That made plenty of time for reading, and visualizing my goals.

It was this drive for my goals that got me through my prep. Every time I felt like giving up, or complaining, I thought “you’ve made it this far Alex, come on! You can do it! First place Figure!” I also talked about my plans, my goals, my prep all the fucking time LOL Pretty sure everyone hated how annoying I was about it, but I was and still am so passionate about this sport! I was so passionate about my goal. It was this passion, my drive to win, and to better myself, that wouldn’t allow me to think about how hard it was, or about stopping. I literally just thought, “well this is the plan, this is what I gotta do to win, so here we go!” I just trusted what Josh asked of me, I knew that if I followed the plan, and did the work, I would be stage ready. Complaining, or crying wouldn’t change the fact that I still needed to put in work to be ready for the stage, so I just didn’t see the point. I just did whatever I could do to be ready because I wanted it that badly!

Now if you’re wondering, why is this so important to her? I don’t get it, it’s just a bodybuilding show? A regional one at that! But if you read my post called “Why do I do Bodybuilding?” You would know that I love this sport because I know that it makes me a better person. It pushes me in all aspects of my life. My ultimate goal is to one day make a career in this sport. I want to be a Pro Figure Athlete, and I want to be paid to do this sport. That is why I am so driven and focused. This show is a stepping stone towards that future. In fact, I am so sure that I have a future in bodybuilding. This future of mine became more and more clear ever since my first show. The more I grew in my off-season, the more I believed I had potential in figure, and during this prep, the more I focused, the harder I worked, the more I knew that this was for me. I just felt it in my gut. I knew that I needed to do the Oktoberfest show, that I needed to be in Figure, and the rest would fall into place. It is this strong belief that I can really make something of myself in this sport that pushed me through the hard times of my prep, and now that it is all over I am so excited for the future! I have already started working on my reverse diet and training. Got my first cardio and training session done today (Thanksgiving Monday), and I have all my reverse diet food packed for tomorrow! This is not a one time thing for me, I take this sport very seriously, and I take myself as an athlete very seriously. This is how I got through my show prep, a very strong belief in myself as an athlete and future pro. I knew that if I could do this prep, I can do anything! And well, here I am! Haha 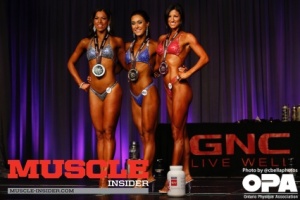 It is because I take this sport and myself as an athlete so seriously that I was so successful this past year, and when others recognize that, it really makes my day! I appreciate when people compliment how good I look, or my weight loss. But it is when people recognize my hard work, my discipline, athleticism, strength of character, and are inspired by what I do, that’s what really touches my heart and makes me feel extremely proud of what I do! That is what’s important to me. My ultimate goal in life is to foster a strong career in the fitness industry as a pro athlete that motivates and inspires others to better themselves. This show is a step closer to my future goals. Stay tuned guys! Because this is just the beginning of an exciting ride! So buckle up! Because now that I’ve finished my celebrations for the weekend, it is time to refocus and start steam rolling ahead on my personal and professional goals. Watch out world because here I come! Provincials 2015, and so much more lies ahead! 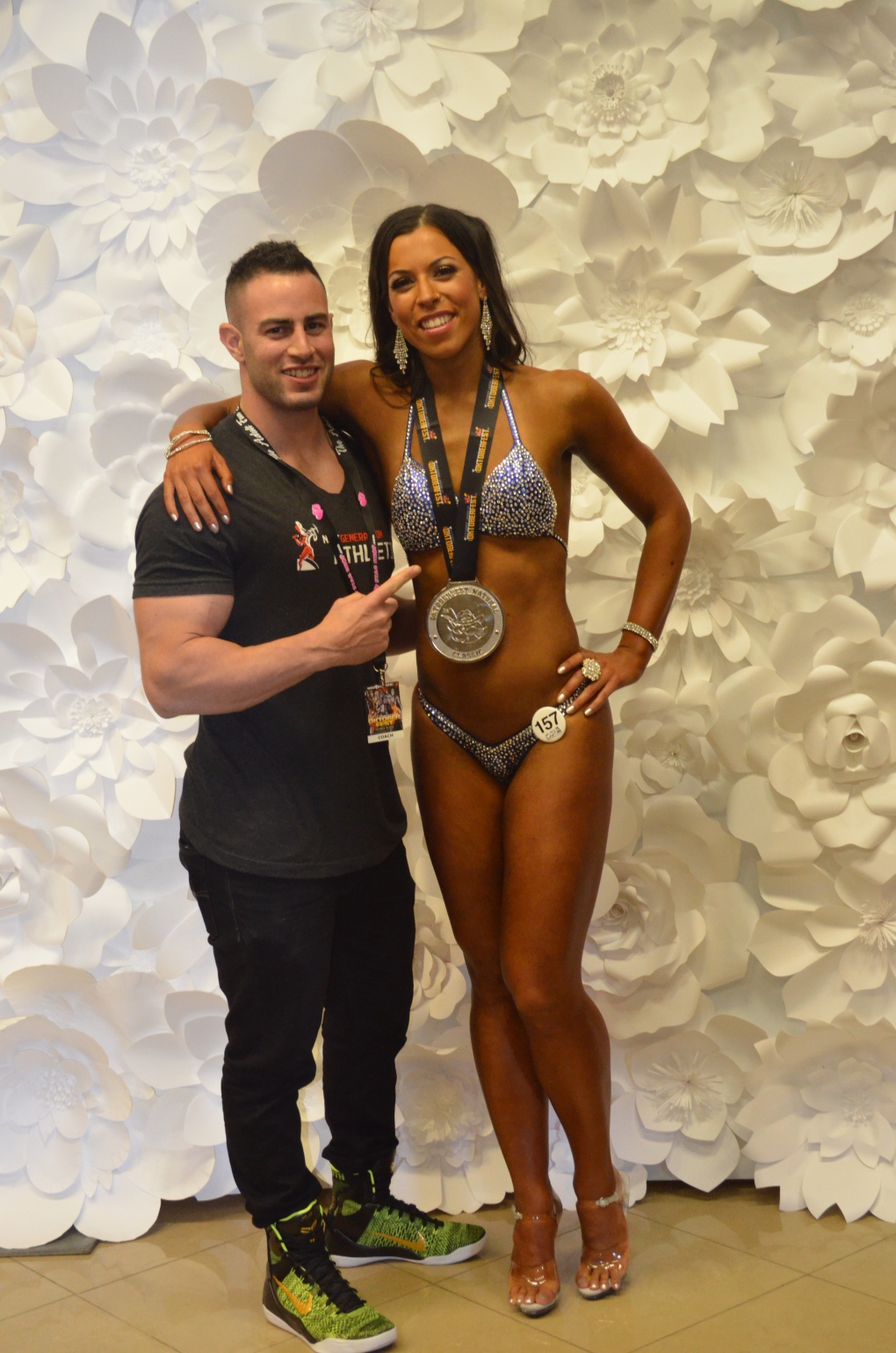 Me and my coach Josh after my show! My hair is messed up LOL but this is the man who helped me make my goals possible and he is the same man who will help me make my dreams come true! I know it 🙂 Awesome Coach and an awesome friend!

One thought on “My Bodybuilding Journey so far PART TWO!”

This site uses Akismet to reduce spam. Learn how your comment data is processed.